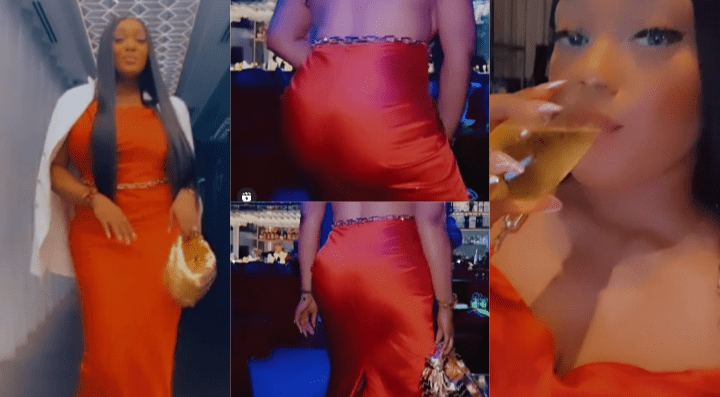 The beautiful star who officially got married to Frederick Leonard a few months ago has continued to entertain her followers with lovely content from her marriage.

Recalled that she and Frederick Leonard are currently on a New year’s holiday, Peggy Ovire took to her Instagram handle this evening to share a video where she was captured vibing and enjoying her evening. While sharing the video, the actress attached it with a caption in her words she wrote

on perks of my holiday

As she posted the video Online, social media users took to her Comment section to share their reactions to the video

• Happiness is free Actress Peggy ovire says as she enjoys boat cruise with her hubby.

• Marriage is Use Me, I Use You Nollywood Actor Frederick Leonard says as he shares hilarious moment Peggy Ovire was using him as a wig mannequin

Popular Nigerian Live-Band Entertainer, Soundcraft Set To Divorce His Wife After finding Out He Is Not The Biological Father Of Their Two Children

I am grateful to God, pregnant woman with huge Baby Bump…

He left me and married another lady after i helped him…