Veteran Nollywood Actor Kenneth Aguba has chased away a young lady who has claimed to be pregnant for him. According to the lady, she and Aguba had intimacy while he was still in Enugu.

Speaking further on the issue, the lady stated that she was one of those feeding Aguba while he was homeless and things happen between them which have to lead to her pregnancy.

According to Aguba, he stated that he knows nothing about the young lady and he has only at his eyes on her in the year 2000 and since then he had never saw her.

Reacting to the allegations, Aguba orders his security man to chase the lady out of his compound.

At the end of the video, the lady stated that it was just a prank 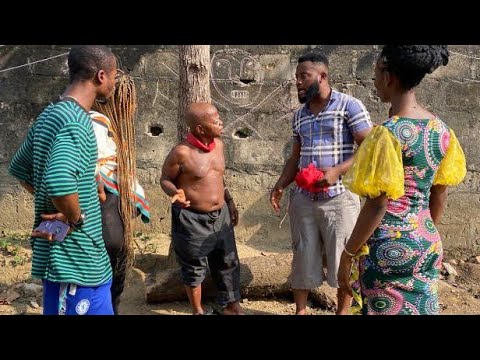 This marriage no go last, oga Sabinus reacted as he hold movie marriage with his…

‘I Wanna Go Back’ May Yul Edochie Says On Her Latest…

Congratulations to OBO twin as he gift himself a brand new…