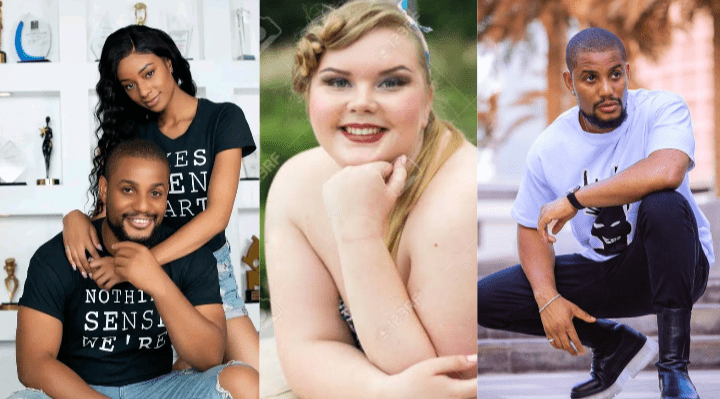 Fancy Acholonu, the ex-fiancée of popular Nollywood actor Alexx Ekubo, has spilled more information of what actually led to their break up.

The young model revealed in an interview with Stella Dimoko that contrary to what Alexx sister had said, she didn’t lie about she and her Alexx not being intimate for 5 years. in her words she said;

“I did not lie, i have nothing to gain by saying Alexx and I were not intimate for the 5 years we were in a relationship. While I was loyal he constantly [email protected]

We broke up in August 2021 and I blocked him. In January 2022 his aunt contacted me and asked if I could see him before I leave Nigeria. I agreed and unblocked him and he begged to see me for closure, I was hesitant but agreed.

When we met and Alexx confessed a lot of things to me and apologized for everything. Things got emotional so he attempted to be intimate with me for the first time. I was in shock, because he said his religion and journey had stopped him for these 5 years. But love was still there so we proceeded anyway.

Before I could even land back in LA the next day he told me he told all his friends and family we had s#x. It seems like the part he left out to them was that it was the first time we tried. It was strange to me how important it was for him to tell everyone around him. He even encouraged me to share with my friends and family. I believe he was proud of himself, but embarrassed at the same time that he never slept with me before.”

On the cheating allegations she had added that the actor had cheated on her with a curvy foreign woman who had paid him money to sleep with her.

“I caught him [email protected] on me with a curvy foreign woman that even offered to pay him money for him to sl££p with her. They spent the weekend in a hotel, and she was so angry he couldn’t perform with her so she found out about me on Instagram, and sent me screenshots of their chat exchange in which she called him names and questioned his s£xuality He apologized to me, and said at least he didnt cheat technically because he was “celibate” with her. | was even disappointed he didn’t sleep with her to be honest. It would have at least validated some things for me.”

• I endured lies, cheating and more from Nollywood Actor Alex Ekubo, Fancy Acholonu finally reveals why she called off her engament with Alex Ekubo

• Alex Ekubo: “I can’t be in a relationship without s**x” Nollywood Actress Nkechi Blessing says as she quarries Alex Fiancé

“Opening leg for money is nonsense” BBNaija’s Phyna and…

Congratulations to Nigerian Singer Yemi Alade as she Ties…