5 Reasons Why Some Affairs Last For Years

Reasons why some affairs last long

Good Reasons Why Some Affairs Last For years. No married man or woman feels 100 percent happy when having an extramarital affair but certain up and downs that come with marriage force some people to go into extramarital affairs to make themselves

Happy to understand why some people go into extramarital affairs and what makes some affairs last long then you have to read this article to the end.

1. Reasons Why Some People Go Into Extra Marital Affairs

° S*x addiction: sexual addiction is one of the major causes of extramarital affairs, If one married partner is been addicted to s*x before marriage there is a higher chance that such partner won’t be s*xually satisfied with his or her partner and will look for excitement elsewhere

° Childlessness: most people especially Africans go into marriage with the sole aim of making babies after waiting for several without having any children they become restless and start sleeping around to make babies 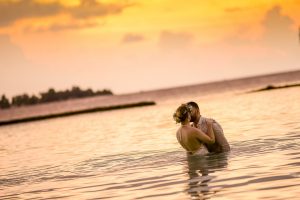 2. Reason Why Some Affairs Last For Years

° When They Really Fall In Love: 80 percent out of 100 Marital affairs started just with the aim of having fun and vibes but sometimes the two parties involved in the affairs later fall in love with each other which is one of the elementary reasons why some affairs last long

° When Affairs Become An Addicting :

Some people whose extramarital affairs last long is as a result of being addicted to the affair try to quit but each time they try quitting they find it difficult, cause it seems as if leaving the affair is a death sentence

It is important that you know that some of these might start because of the boredom of your marriage. that is why it is necessary for you to ensure that your marriage does not lack the ingredients for its works. but if you are not of what yourself, you can check out Top Freaky Relationship Goals

° When the Affair Produce A Child/Children :

° Fear : Fear is one of the reasons why some people find it difficult to quit extra marital affairs for example >>> Jessica is a pretty young lady who works in an organization and suddenly Mr James her boss finds interest on her and asked her to go out with him but Jessica refuses because Mr James who is her boss is a married man. After Mr James saw that Jessica is no interested in his proposal he later threaten to sack her if she refuses to go out with him after a long thought Jessica discover it is hard to find a nice job as her’s in the town she later agreed to his proposal. If you carefully read this short storyou will see that the reason why Jessica decided to date Mr James was because she was scared of lossing her job

° Some People Won’t Stop Until They’re Caught: most people who get involved in extramarital won’t like to quit cause of the pleasure they derived from it until they are being caught

the above mentioned are some causes of extramarital affairs and the reasons they last longer than expected our personal advice to all wives is to try their possible best to respect their husband’s core values and be submissive to their marriage principle with that their husbands won’t find reasons to engage on extramarital affairs and our advice to all husbands is that they should also respect there wife’s and try to provide there primaries needs with that their wife won’t find reasons to have an extramarital affair. To all couples who have found time to read this article to the end, we wish you all a happy married life 💑👨‍❤️‍💋‍👨

You can also check this out: Couple Questions: 6 Reasons Why The Wrong Couple Still Exist Now

10 Sure signs that he loves you without saying it

WHAT DOES VALENTINE’S DAY MEANS: 10 WAYS TO SPEND IT WITH SOMEONE YOU LOVE SO…

If a woman cheats will she always

I tap into this: Joy as Mother of twins welcomes triplets…